ST. ANDREW'S
Home.  More than a place, it is a sense that we are safe, that we are welcome and beloved, as we are, for whom we are.  Home is the space, physical, emotional, spiritual, where we can drop our guard and rest, recharge, be restored.  Home is the space to which we can always return, and where the arms of the community will always be opened wide to receive us.

Home.  Some of us are blessed with space that we know as home.  For some of us, home is a space for we have longed, but never quite found.

Home.  It's probably true for all of us, whether we have been there before or not, that home and community feel more than a little elusive these days.  There is so much noise in our public discourse.  We seem more divided than ever.  In these difficult times, when we so need it, safe space; space where we can drop our guard; space where we are all beloved, welcomed by community with open arms, seems harder and harder to find.

If you find yourself longing for that space, for home, and searching for community; for a place where you can rest in the knowledge that you are respected, safe, beloved, we would like to invite you check out St. Andrew's and to check out the Episcopal Church.

Home.  Community.  We understand that the church might not be first on your list of places to look.  The media is quick to show us the worst side of anything, and, we confess, doesn't have to look very hard to find the worst side of the church these days.  Hard won rights are being chiseled away by people who are carrying banners bearing the cross.  LGBTQ rights to marriage equality, to self-expression, to love whom they will, as themselves, are being eroded.  Women have been stripped of reproductive rights and bodily autonomy.  More and more, Christianity is being associated with guns, white supremacy, a scrubbing of our history, and efforts to make it harder for some of us to exercise our constitutional right to vote.  Those efforts, efforts to diminish and demean, to deprive people of respect and dignity; efforts that make an idol out of power over others...   those may be the work of some churches, but they do not represent The Church, and they certainly do not reflect the faith, tradition, and ethos of the Episcopal Church!  We in the Episcopal Church believe that those movements arise, if not out of an intentional distortion, then out of a misreading of our Holy Scripture.

The Episcopal Church:
Loving, Liberating, and
Life-Giving:
What We Believe

LGBTQ in the Church: History
...in the summer of 2015, just five days after the Supreme Court of the United States ruled that same-sex couples had the legal right to marry, General Convention voted to amend the canons of The Episcopal Church that regulate marriage, permitting any couple the rite of Holy Matrimony. They also called for a name-change rite to honor an important moment in the lives of anyone claiming their true identity.The Episcopal Church warmly welcomes our LGBTQ siblings, but it would be disingenuous to say that the entire church is in the same place on this journey. As with all spiritual journeys, everyone walks at their own pace. Some Episcopal congregations are actively involved in LGBTQ ministry and their arms are open wide; others are more reserved, but their doors are still open to all; some are still wrestling with their beliefs and feelings. But we’re on this journey together, and the Episcopal Church is dedicated to full inclusion and equality in the church as well as in society as a whole. 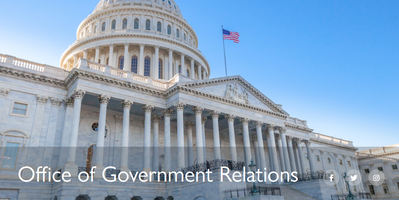 Episcopal Church statement on reports concerning Supreme Court case pertaining to abortion
May 3, 2022
Office of Government Relations
Since 1967, The Episcopal Church has maintained its “unequivocal opposition to any legislation on the part of the national or state governments which would abridge or deny the right of individuals to reach informed decisions [about the termination of pregnancy] and to act upon them.” In light of the recent report about a pending decision in the Supreme Court case Dobbs v. Jackson Women’s Health, The Episcopal Church reaffirms our commitment to “equitable access to women’s health care, including women’s reproductive health care,” which we view as “an integral part of a woman’s struggle to assert her dignity and worth as a human being.” The Office of Government Relations will continue to advocate at the federal level to protect reproductive rights.
We encourage you to read this overview of The Episcopal Church’s positions on abortion and women’s reproductive health. 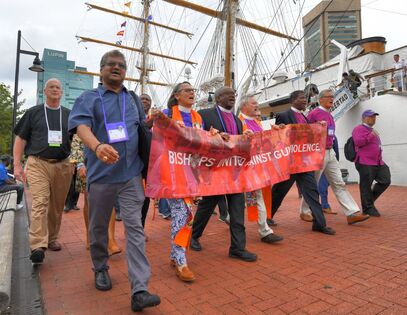 Bishops United Against Gun Violence, a network of nearly 100 Episcopal Church bishops, urges our cities, states and nation to adopt policies and pass legislation that will reduce the number of people in the United States killed and wounded by gunfire.

Persistent advocacy for common sense gun safety measures that enjoy the support of gun owners and non-gun owners alike, such as handgun purchaser licensing, background checks on all gun purchasers, restrictions on gun ownership by domestic abusers, classification of gun trafficking as a federal crime, encouragement for the development of “smart gun” technology, federal funding for research into gun violence prevention strategies, and safe storage of firearms. 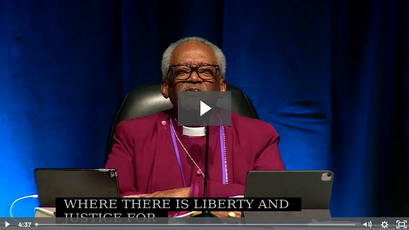 In Response to Christian Nationalism
In a proposed Mind of the House resolution on Saturday, July 9, 2022 The Episcopal Church House of Bishops addressed many threats to democracy and deep divisions in the United States, including the rise of Christian nationalism.   The Rt. Rev. Jennifer Baskerville-Burrows, bishop of the Episcopal Diocese of Indianapolis, asked Presiding Bishop Michael Curry what he wants the agenda of the Episcopal bishops to be.
This is how he responded